David Garcia initiated this site to promote New Tactical Research – a distinctive space where the combined practices of art, media, and political activism intersect with research and education. 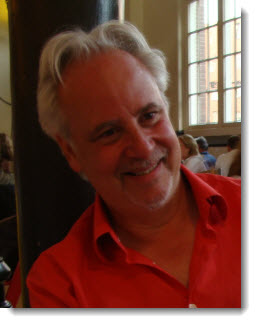 New Tactical Research makes no pretence of neutrality or distance like its precursor, Tactical Media, these forms of art/research “do not just report events, they are never impartial they always participate.” These combinations of practice tend to focus on collective experimentation with a strong bias towards greater horizontalism in the decision-making processes that shape the projects. New Tactical Research can be seen as one of many examples of what Dutch media theorist Erik Kluitenberg refers to as the legacies of Tactical Media.

David Garcia is an artist, teacher and organizer who has pioneered new forms of critical engagement with art and media based on occupying of the cracks which began to appear in the edifice of the broadcast media in the 1990s. Through a series of events, most notably Next 5 Minutes, Garcia (with others) identified these kinds of interventions as part of a wider trend, a previously uncategorised set of cultural and political practices we called, “Tactical Media”. These ideas  caught on and have since been recognised one of the more significant and distinctive cultural movements of the last two decades. To connect the ‘memory’ of Tactical Media to the radical proliferation and transformation of these practices, Garcia co-founded, with Dutch Media theorist Erik Kluitenberg, the award winning Tactical Media Files an on-line repository of Tactical Media materials past and present.

Alongside these projects Garcia has been active in Higher Education in which he has been instrumental in developing and embedding processes that unlock the radical potential of conceiving of art as form of research. He has developed these ideas as Professor of Design for Digital Culture University of Portsmouth & Utrecht College of Art in the Netherlands where he launched the (UN)Common Ground project and publication based around empiricly grounded case studies of collaborations with academia, art and industry. In 2008 he became Dean of Chelsea College of Art and Design and Professor of Media Arts and later seconded as Dean of  The CCW Graduate School at the University Arts London. In his current role as Professor of Digital Arts and Media Activism at Bournemouth University, he is focussing on co-editing an Anthology of Tactical Media scheduled for publication in the second half of 2006, in conjunction with co-curating a number of related exhibitions and events.