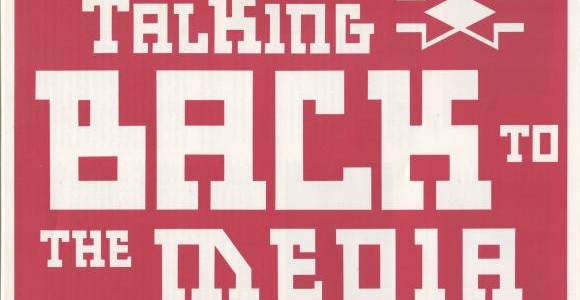 Artists Talking Back to the Media

During the 1990s and Noughties Amsterdam became known for ambitious and large scale ‘art into life’ projects  that took the methods invented by of critical post modern artists and propelled them into engagements with the wider public sphere transcending the one off homeopathic street interventions by the likes of Barbara Kruger and Jenny Holzer. 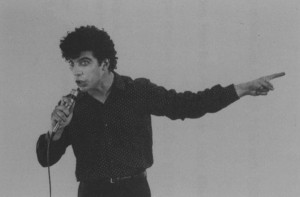 This approach to scale and intensity in Amsterdam actually began much earlier.  Arguably the first of these projects, with threads that can be found in later projects such as Next 5 Minutes, can be found in the the city wide manifestation ‘Artists Talking Back to the Media’ which took place in 1985. By mobilising the resouces of a whole city these projects scaled up the ambitions.

This event was able to utilise all the principal channels of mass media, including cinema, television, radio, live performance, mass print publications and posters. Moreover we had the  budget (those were the days!) to commission new works for this context by important artists who have maintained international reputations including John Baldasari, Barbara Kruger, Eric Borgosian, General Idea and many others. The materials this project generated are extensive and disparate and recently the newly founded media arts institute LIMA and De Appel are in a process of conservation and archiving this material together into a coherent and accessable whole. 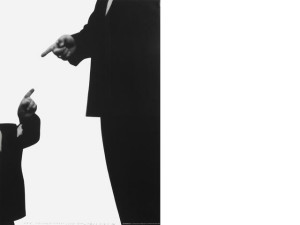 Poster by John Baldessari commissioned for the event

Materials including including the video lectures including lectures by Barbara Kruger and General Idea are gradually being gathered and and uploaded onto the research site. 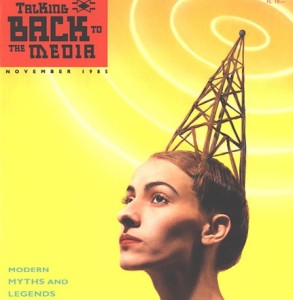