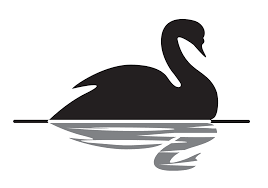 Corbyn the Medium is the Message- A Thought Experiment

This morning in a newspaper article Tony Blaire made a last gasp appeal to
preserve some shred of the New Labor project, urging those planning to vote for
Corbyn to come to their senses. It was a strange article laced as it was with the clear
understanding that no one is listening. At one point he declares that he “just doesnt get it”. He is of course right, Blaire doesn’t get it. But -and here’s the thing-

I have a weird sense that Corbyn doesn’t entirely -get it- either.

And as he was slipped in by the Westminster power brokers at the last moment merely to ensure a
broad debate its a “gold-plated” example of the law of unintended consequences . So his rise to prominance is a slap in the face for the deterministic calculous that is the bread and butter of party politics as usual.  It is the non-deterministic dimension the Corbyn wave is as much a part of his appeal as his actual policies. Corbyn is a true Black Swan moment.

Watching Corbyn in action (and the action around him -like kids climbing through windows when denied access to his meetings). I have the feeling of someone surfing a much bigger wave than he understands or that his current agenda allows for. And I want to take this as a hopeful sign. His appeal may be as much about the possibility for radical transformation as the substantive content of his speeches. Its as though Corbyn as a medium is the message.

And as his approach to manifesto development promises to be far more inclusive than the “tablets handed down from “on high” approach of recent decades which the -cult of leadership-in party politics seems to demand. Blaire and Mandleson called it “party discipline”. Above all it was politics as a proffession. Corbyn’s aproach appears to allow for a much needed dose of amateurism and a degree of openness that suggests that what emerges after he wins the leadership may help to redefine what leadership in party politics means. This makes the campaign feel very different from the proffessional political operators of the SNP to whom the Corbym movement is often compared.

Although the clarity of Corbyn’s values means he can speak plainly and well, avoiding the tortured Bermuda-triangulations of Milliband and the current crop of candidates.. His style is nevertheless studiously anti-charismatic and so maybe better suited to the networked era’s suspicion of leaders in general and the cult of leadership.  Rather than traditional leadership there is a longing for a process of orchestration or what Paolo Gerbaudo has called -emotional choreography- Who knows whether this is what Corbyn is offering.  And so when he wins the possibility arises, for the first time in a long time, for a transformation of the political dynamic of Britain as a whole. (I warned you this is a thought exeriment)