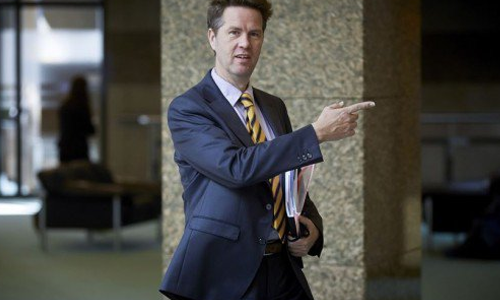 Geert Wilders has his own Steve Bannon – Martin Bosma

Martin Bosma, chief ideologue and consigliere of Geert Wilders cut his teeth in Amsterdam’s tactical media scene of the 1990s and explains how Wilders stole the march on his rivals in surfing the chaos of political discourse in the social media age.

Martin Bosma, Dutch MP, who serves in Geert Wilders’s PVV (or Freedom party). Bosma is also a successful columnist and author and commonly considered to be the ideologist of the PVV. The closest analogy would be the relationship of Steve Bannon to Trump.

The comparison with Bannon is not completely superficial as a little advertised fact is that Bosma cut his teeth in the rough and tumble world of Amsterdam’s lively “Tactical Media” scene of the 1990s. Whilst a student at Amsterdam University Bosma was one of the principal anchor men for “Hoeksteen Live” an anarchic monthly 24 hr hour marathon program, described by its founder, the artist Raul Marroquin as a “political program with a cultural supplement”.  I have written at greater length about this scene : Bosma in his role as Hoekstein Live leutenant even participated in at least one of the Next 5 Minutes festivals of Tactical Media.

As a program Hoeksteen was steeped in the quick and dirty camcorder culture of the late 1990s but unusually for such an experimental media the program included a heady mix of powerful and influential guests from all walks of life.

They could range from Philip Glass and Garcia Marquez to a host cabinet ministers. At the time Geert Lovink described the program as “low media for high society”. In truth far more important than what went out on TV was the social scene that the charismatic founder generated. Into the tightly packed studios and corridors alcohol flowed freely and the full political and cultural spectrum would huddle and party into the small hours.

Within this melange Bosma carved out a unique place for himself as the cheeky and boyish provocateur – He once ambushed the VVD (Dutch liberal Right) legend Fritz Bolkerstein, by opening his interview with the question: “why is the VVD so soft on communism ?”- Bolkerstein was momentarily flummoxed as he was clearly expecting to be interrogated by some tactical media lefty.

Later Bosma took his box of tricks with him to The New School in New York where he scandalised his peers by writing pro-Zionist articles for the college journal.. he even se 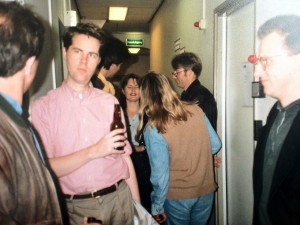 nt me a dollar bill blessed by a famous Jewish Holy man (or Rebe)..

To be honest I thought thought he was just finding ways to provoke a nd ultimately it was a put on.. but in retrospect much of it (including the Zionism) falls into place. Bosma’s journey mirrors similar trajectories described by Florian Cramer in the world of hacker meme culture in which someone like the troll and hacker, Weev begins ambiguously as a libertarian provocateur and then gradually morphs into a white supremacist.

But a number of things are clear. Like Bannon,  Bosma’s learned from DIY interventionist moves of the tactical media scene. He was earlier than his US counterparts in understanding that the mainstream media’s ability to “manufacture consent” was being eroded by the burgeoning power of social media.

The way in which Wilders has been able to reach over the heads of traditional forms of mainstream vectorial media power has been influential on wider populist movements including (arguably) Trump’s campaign.

Ironically at the point when many on the radical left were rejecting the gramsican concept of cultural hegemony and the importance of subcultures are in this info war, the right re-discover it with a vengeance. In its crudest form we see this in Andrew Breitbart’s well known aphorism “politics is downstream from culture”. Bosma and Bannon alike remind us of the continued political importance of mediatised cultural activism and we must be swift in seizing back the initiative.