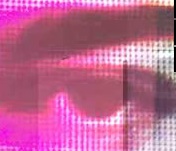 A radical thinker with  totalitarian tendencies Slavoj Zizek,  writing in
the New Statesman on the Charlie Hebdo killings used the opportunity to
(once again) highlight the perceived weakness of liberalism.

Negri and Hardt, in their book Multitude, relate an incident from the Bible
when Jesus faced with a man possessed by devils and asks him his name (since
a name is required for exorcism) the demon inhabiting the man, responds
enigmatically “My name is legion for we are many”. Negri & Hardt go on to
describe this as a curious and troubling aspect of this parable with its
grammatical confusion between the singular and plural subjects. The demonic
is at once both I and we. 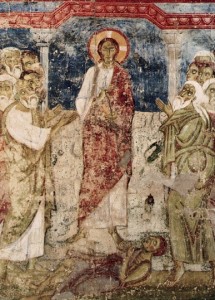 One such radical with  totalitarian tendencies is Slavoj Zizek,  writing in
the New Statesman on the Charlie Hebdo killings used the opportunity to
(once again) highlight the perceived weakness of liberalism. Here is a short
extract:

-So what about the core values of liberalism: freedom, equality etc? The
paradox is that liberalism itself is not enough to save them against the
fundamentalist onslaught. Fundamentalism is a reaction- a false, mystifying,
reaction, of course- against the real flaw of liberalism, and this is again
and again generated by Liberalism. Left to itself, liberalism will slowly
undermine itself-

So what is this fatal flaw? Zizek was not the only commentator to give
minimum attention to the key underlying attribute (or flaw) of a liberal
polity that came under a harsh spotlight last week. That attribute is
pluralism, and tragic pluralism at that.  Pluralism is distinct from the
many other words trotted out, (such as Zizek’s truncated and typically
dismissive list of liberalism’s core values: freedom equality etc..).
Zizek’s argument sees liberalism as leading inevitably to Nietzsche’s
pitiful last man, it is an argument that falsely represents life in a plural
polity as the “soft option”. Nothing could be further from the truth.

What last week brought home is that what evolved from the 18th century
tussle between the Enlightenment rationalism eg (utilitarianism) and the
Counter Enlightenment (eg Romanticism) is a political philosophy based on
the accepting (not denying) the predicament of the divided self. When we
celebrate diversity we often overlook the ways in which it is a
manifestation of human dividedness in which both our individual selves and
our societies are continuously torn by competing impulses and the
inevitability of conflict that arises. This fact led some of us to refuse be
drawn into demonstrations against -compulsory solidarity- and to declare “Je
ne suis pas Charlie” despite, perhaps even because, of the outrage
perpetrated.

In place of cultural unity ours is an system that allows for the irreducible
conflict between competing goods to (usually) coexist without being forced
to embrace. For radicals of all colors this is often a matter of regret for
pluralists it is the consequence of recognizing that the conflict of values
– liberty vs equality; justice vs mercy; tolerance vs order; liberty vs
social justice; resistance vs prudence; and last week piety vs artistic
freedom- is intrinsic to human life.  And that every choice may entail
irreparable loss. The fact that life in a plural polity may sometimes (and
in this case did) lead to tragedy does not mean that it has failed or is
doomed. Far from demonstrating failure the continued recognition of human
dividedness, both inner and outer remains the best argument and very basis
for maintaining a pluralist polity.