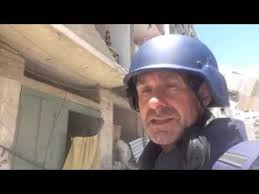 Observing the Travels of Paul Mason

-My social networks followed me into the war and collided with others – a
reminder that warfare has become newly alive with information. The basic
suite of tools journalists use has only been around six or seven years – so
Gaza is one of the earliest glimpses into how propaganda and truth might
intersect in 21st-century warfare.-

It is not primarily what someone says that determines its effect on the
world it is who they are and the position they hold.

evolving character of protest movements since 2008 and he is certainly the only
mainstream journalist to attempt to analyse the subterranean relationships
between today’s media ecologies and the distinctive organizational and
communicative structures of these movements. This fact alone makes his
choices and career shifts interesting to Keep an eye on. He recently moved
from the BBC’s News Night to Channel 4 where his role continues to be Economics
Editor for Channel 4 News. Strange therefore that he is currently reporting as
a quasi war correspondent from Gaza.

There is no info I can find on why he left the BBC’s flag ship news
platform. Perhaps it was his own choice, giving him more freedom to work on
his own left of centre books. Or maybe he was as seen as too biased and
risky by the BBC, which (as always) is buffeted by controversy and political
pressure. Certainly anyone who witnessed the unprecedented -on air- ticking
off he received from Jeremy Paxman during his coverage of unrest in Athens

might have felt that his days at the Beeb were numbered. But whatever the truth
of the matter, we can be grateful that he appears to be contributing more
frequently to the Guardian.

His most recent piece is this richly informative report from Gaza in which
we get a rare insight into the range of (truly) tactical media being
deployed by the citizen journalists on the ground and as usual he has
managed to get up close and personal to these activist/journalists.