Tactical Media across the Generations

From a splendid auditorium to the intimacy of numerous small workshops and seminars the infrastructure offered by the annual media arts event, Transmediale is one of the few examples of a media arts project that has not either disappeared or sold its soul to the “creative industries” meme.

This year, as the title Conversationpiece suggests, was less about exhibitions of work and more about discourse or conversation, although there were many media artists present as panelists and speakers.  As a speaker and co-host, with Eric Kluitenberg, of a number of events around the re-emergence of the “tactical media” meme, it was exciting to engage with a new generation of artists, activists and developers and experience the legacies of this quasi-movement operating across the generations many of whom are encountering this material for the first time. The substance of this assertion can be seen in Ewen Chardronnet’s review of the event for Makery.

Our panel in the auditorium on the final day Eric and I were in conversation with two remarkable women representing two extraordinary projects both of which exemplify a fault-line flowing through the event. Basically there is a thread of debate that sees tactical interventions as being something we need to grow out of as instead seek to establish infrastructure and platforms. The panel showed the importance of both. In Heba Y. Amin presentation of the Homeland Hack, showed how artists invited to “decorate” the TV series Homeland with Arabic graffiti to lend it an air of authenticity, systematically sprayed denunciations of the TV series across the set. This was missed by the production team and only emerged later as the fact was tactically disseminated in mainstream media. 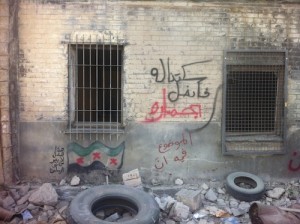 The other panelist was Simona Levi from Xnet a group of high voltage media activists whose is not only one of the cultural and political legacies of the Spain’s 15M movement, it is wired into local party political structures.

It is involved in a variety of campaigns. In her presentation on Sunday she took particular pleasure in challenging the view that Podemos represents the radical spirit of the Spanish politics. 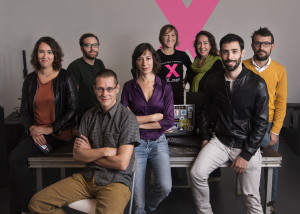 Placed in proximity these two initiatives allow us to see that there is no orderly progression from the generative ad-hocism of tactics to the creation of infrastructure. Rather we see a symbiotic relationship bewteen the two modes in which an emphasis on platforms and protocols required to build media infrastructure must always be accompanied by the youthful plasticity of tactical media acts and interventions.  Both modalities are required in tactical media’s battle for the social mind. As Mckenzie Wark asked long ago, where are the strategies for tactical media? Answers to this challenging question are beginning to emerge.