Tactical Media Connections is an extended trajectory of collaborative research tracing the legacies of Tactical Media. The program is being realised through a series of meetings and exhibitions, culminating in the publication of a Tactical Media Anthology with contributions and dialogues ranging across generations and territories.

Unlike the “social turn” and other manifestations of community arts and post-studio practice, that emerged in the 1990s, 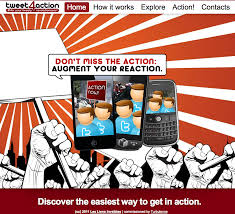 Tactical Media has not become another an art-world genre. Its scope and significance has gone far beyond the accepted confines of the art scene. This lack of rootedness in a single discourse means it has largely escaped institutional capture. It has however paid a high price for avoiding any kind of strategic grounding with a bad case of historical amnesia. This widespread amnesia has meant that the scope and achievements of this movement are frequently forgotten or overlooked, rendering important lessons unavailable to subsequent generations of practitioners and activists.

In developing Tactical Media Connections, we have avoided fixed definitions, we are instead treating the moment when Tactical Media was initially named and described as a key reference point or rather a “point of lost origin”, a temporal vector enabling us to move in two directions at once: On the one hand we can reflect on the precursors, without getting lost in history. On the other hand we can look towards Tactical Media’s progeny and legacies, and their possible futures from an extended and more deeply informed perspective.

As a framework it is designed to manage the extreme complexity we are unleashing. Exploiting this temporal vector we need no longer use the term Tactical Media to cover every practice that appears relevant. Rather this “point of lost origin” can be seen as one important moment of convergence in these evolving cycles of contestation and engagement, at a moment in time when anyone can ‘become the media’ at the touch of a screen.

The Tactical Media Connections public research project got underway with an international research meeting at Tolhuistuin, Amsterdam’s new cultural centre, in July 2014. The meeting was combined with a public debate on “Art and Political Conflict”, organised in collaboration with Framer Framed, the gallery and exhibition agency at the Tolhuistuin. Since then activity has shifted to ‘behind the scene’ activities. In the past months we have been developing the different ‘components’ of our trajectory; the publication – a comprehensive anthology of Tactical Media; the first stage of a thorough upgrade of the Tactical Media Files online documentation resource; and preparations for a  series of public events and exhibitions to be organised in the Fall of  2016 and Spring 2017 in The Netherlands and the UK.


MIT Press confirmed as publisher for the Tactical Media Anthology

We are delighted that the MIT Press has agreed to publish the Tactical Media Anthology, which is scheduled to launch at Show Room in London in the second half of 2016. The book as a whole will be ± 450 pages, as a full-colour edition, edited by Eric Kluitenberg and David Garcia in close consultation with Brian Holmes. 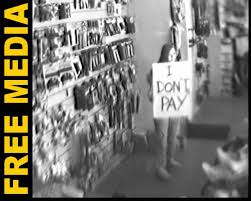 Our ambition is to do justice to the full scope and significance of Tactical Media activity over the past three decades: connecting debates, controversies and experiences of various generations of artists, activists, media makers and theorists across different periods and territories, and relate these to the current situation, which might be described as the Post-Occupy / Post-Prism era. We see a particular urgency to revisit these debates and link experiences of different generations at this critical juncture.

The online documentation resource Tactical Media Files, originally launched in the Fall of 2008, has been rebuilt from the ground up. While design changes have so far been minimal, important work has been done to ensure the longer term sustainability of the resource. The site is an entry

point to the extensive collection of materials around the practices of Tactical Media in many different places and aims to make them accessible for current and future generations of artists, activists, researchers and the general audience. An important part of the resource are the materials sourced from contributions made over the years by visitors to each edition of the Next 5 Minutes festivals and held by the International Institute of Social History in Amsterdam, where the physical materials remain accessible in their original formats.

The most significant  aspect of this renewal process is that the extensive video archive of the Tactical Media Files has been restored and can now be freely accessed across different viewing devices. In the next phase of development the emphasis will shift towards an overhaul of the visual design of the website and a further extension of the functionality of the video archive. We are also keen on exploring more experimental approaches to the materials contained in the resource and aim to work together with curators, artists, technical developers and theorists on this as part of our on-going research trajectory. More about that in future updates.
www.tacticalmediafiles.net 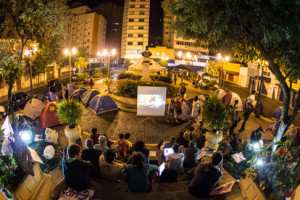 exhibitions to be organised in the Fall of 2016 and early 2017, in The Netherlands and the UK. These events will include conferences and public debates, a larger screening even and public debate around the Global Uprisings documentary project, tand two substantial exhibitions curated by Nat Muller and David Garcia in close consultation with Josien Peterse and Cas Bool, co-directors of Framer Framed in Amsterdam, and Mike Stubbs, director of FACT in Liverpool. The aim is to commission a number of new works which will  travel from The Netherlands to the UK and possibly beyond and will include screening events and workshops.

In the run up to the final series of events we aim to organise a number of local development meetings o Tactical Media Labs, in the UK and in NL. These will act as local connection points for researchers, artists and activists who want to engage more actively in this project. If you are interested to become involved in these meetings or the project please contact the projectors initiators Eric Kluitenberg and David Garcia.

Partner organisations with whom initial agreements have been made so far include Cultural Center Tolhuistuin, Framer Framed, EYE Film Institute, the Institute of Network Cultures, The Show Room in London, FACT – Foundation for Art and Creative Technology, Liverpool, Cool Mediators Foundation, and Bournemouth University’s COLAB.

To guide this exploration we have formulated the following research questions during our initial meeting at the Tolhuistuin in Amsterdam:

• How can we evaluate the remarkable developments in what we indicate as the post-occupy / post prism era? How do they relate to longer term questions of engagement in public culture and the formation of new politics giving voice to the voiceless, in pursuit of a more open and equitable future?

• How resilient and comprehensive do the definitions of Tactical Media proposed in the 1990s appear in retrospect today? Were some aspects missed or distorted by the classic definitions? And how do they speak to the present and present generations of activists, artists, thinkers, theorists, researchers, media tacticians, out in the streets and the networks?

• Does the extensive occupation of popular social media platforms in the 2011 uprisings (or ‘movement(s) of the squares’) signal an end of the “cyber separatism” of the Indymedia generation ? And does their extensive use of these platforms signal a new pragmatic populism for this generation’s media activists? Have projects with great public impact, such as WikiLeaks, neutralised the critique of media intervention as being trapped in networks of insularity and semiotic corruption?

• What role can the idea of Tactical Media and its progeny play during the inevitable periods of latency in the cycles of protest ?  In this and other contexts can Tactical Media research help to identify new networks of resistance and change in the control society?

To take stock, discuss and debate, and begin a more collective appreciation of these questions is what this public research trajectory is meant for.

Project updates are published a.o. on our blogs:
http://blog.tacticalmediafiles.net
http://new-tactical-research.co.uk