Lev Manovich famously described new media artifacts as “interfaces to databases”, using Ervin Panovsky’s classic text “perspective as symbolic form” he introduced the concept of the “Database as Symbolic Form”. In this formulation the data base was no longer viewed simply as an expedient storage and management tool but as the dominant means of organising and making sense of the world, replacing narrative as the dominant ontology. 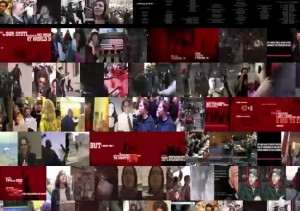 suggesting an emerging world in which the database and the archive would become an expressive form in its own right. In a rapidly accumulating body of work this is what Ochshorn is the an embodiment of this aspiration . In a series of  remarkable works, media artist Robert Ochshorn creates experimental database works that make the viewer experience the expressive and empowering potential of the data base in entirely different ways.