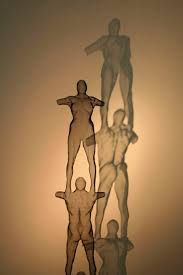 There has long been a question over whether the default humanistic anthropology and “interiority” of the traditional 20th century “literary novel” was equipped to say anything fresh about life in the technological society. Proponents of speculative or science fiction from Ballard to Gibson suggested that other forms were of fiction were called for. Indeed Ballard claimed it was less and less necessary for the novelist, to invent fictional content… The fiction, he declared was already there all around us.

Recent examples of attempts to address the technology in the social and the social in the technology by respected novelists from Pynchon, to Tim Eggers have done little to overturn this skepticism now. Indeed anyone looking for a truly probing depiction of these new worlds would be for the most part better off in the hands of HBO’s satire Silicon Valley. But will this cahnge new that the new hope of the contemporary American novel Jonthan Franzen steps up to the table to wrestle with these issues with his latest weighty offering; Purity ?

The fact that the answer is a resounding no should not distract us from the possibility that, at least in Franzen’s case, we just be looking in the wrong place. Could it be that the traditional literary novel’s best chance is not to speak to the subject directly but rather to ambush the subject by counter intuitively returning to the classic novel’s traditional subject; the inter-generational family. I am basing this fragile thesis on the back of some ideas explored in a highly illuminating review by James Meek, of Purity. The fact that Meek’s review of the novel is quite negative is not the point, the really interesting proposition is that the subject of the techno/social was better addressed -unwittingly -in his far more successful break-through novel The Corrections. In the his interpretation of The Corrections, Meek finds (traced in intimate and painful detail) of our transition from the nuclear family to what Meek has called the “quantum family”.

For Meek, what is so pertinent in terms of 21st-century particularity about The Corrections lies in the way “it embodies the strange historical stage of evolution the family has reached – where family members can be at once thousands of miles apart and pressing in on one another on the phone and the internet every minute of every day, never more than a few hours away by plane. The nuclear family has become the quantum family, its particles entangled over vast stretches of space. And vast stretches of time. A generation born in the 1930s can easily have living grandchildren who might survive to see the 22nd century. That’s 170 years; and the grown-up children in The Corrections find themselves, as so many do, smack in the center of this temporal expanse, approaching middle age themselves, looking in one direction at old parents whose infirmity might last decades, and looking in the other (if they ever get round to having them) at children of their own whose minorities will last just as long, while they themselves feel bitterly that they haven’t yet lived that obscure best bit of adulthood, the part where love and money and achievement are supposed to bring them a carefree happiness.