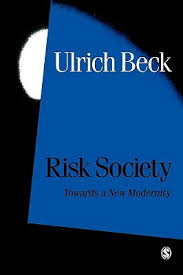 Volkswagen and the Risk Society

The Volkswagen case reminded me of case study (more of an anecdote really) related by the distinguished Sociologist the late Ulrich Beck. It was a story he told to illustrate the process of institutionalised denial by which some organisations seek to mis-manage a new era of risk. The story is in a book of interviews with Beck published by Polity in 2002.

By way of background, (I am sure many Nettimers will know) that Beck is best known for introducing the concept of the ‘risk society’ which he first published on in 1992, a concept increases in relevance with every passing year. I revisited Beck’s work after reading Michael Seemann’s excellent ‘Digital Tailspin’ one of the ‘Network Notebook’ series available as pdf from the Centre for etwork Cultures. Re-reading Beck looking for confirmation of my belief that Seemmann was effectively updating some of Beck’s pioneering work for the social media age (and much more besides).

Put very crudely Beck’s concept describes a transition in our relationship to risk from a world (which he calls -first modernity-) based on a highly refined system of institutionalised approaches to anticipating and dealing with the unforeseeable, was based on the premise that accidents in the aggregate were absolutely predictable, to [what he calls second modernity] in which this well established program of making side effects calculable is progressively eroded by the political, economic, social and technological changes that result from the continuing radicalisation of the modernisation process. 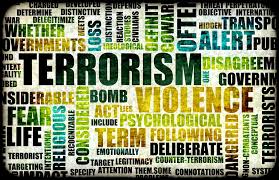 According to Beck earlier, first modern risk society (pre-gloablisation) presupposes side effects that are spatially, temporally and socially bounded. Without that precondition the old model can’t function. However many organisations (indeed most of us)  struggle to accept and come to terms with the crucial difference between probability and radical uncertainty, let alone come to terms with the fact that it is radical uncertaity that now dominates. According to Beck this basic misunderstanding permeates the mind-set, particularly of the natural sciences. It’s a kind of denial in which institutions continue to function by denying that there can be such a thing as incalculable risk, even though such risks are inescapable continually forcing their way into institutions like a virus that weakens them from within.

Beck tells a highly illuminating story which, though less scandalous than Volkswagen case, provides an example of how a certain kind of slippage that leads down the road towards fraud might begin with a common way in which capitalism’s technical servants seeks to manage and mitigate risk under new conditions. 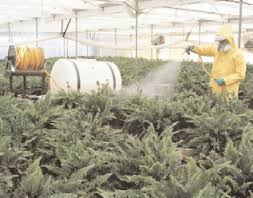 In the story Beck is invited to talk about his ideas to a large Swiss company in Basel. The senior managers and scientists are very open and attentive. Perhaps too open for their own good as they bring up a specific example of a certain toxin they produced. It was something they used to increase the yield of certain plants, but which could have possible side effects if it ended up in the drinking water. It was a relatively unusual situation in that they were the world’s sole producer of this chemical, so if it ended up in the drinking water it would have their name on it

The technicians who had been on top of this problem since the beginning, said that the probability of this chemical ending up in the drinking water was practically zero. So they decided to set the acceptable tolerance limits extremely low, because they thought it would inspire confidence, and they were sure they could meet those limits. Their assumption turned out to be false. After people started using this protective agent for plants rather intensively, residues did start appearing in the local drinking water, with consequences they were still debating how to solve.

Beck describes how their dominant attitude was “Oh this is silly, we set the tolerance level much lower than was necessary in the first place. Unhealthy side effects really only appear above level XYZ, so we’ll just re-set the acceptable limits higher to what they ought to have been and that will solve the problem within the limits of technical and medical and rationality.

It never occurred to them that by adjusting the acceptable limits after the fact that they ere doing the worst thing they could do as far as public confidence was concerned. To reset the higher limits under conditions like this had cover up written all over it even if it could be scientifically justified.

For Beck the new kinds of risk socety that involves radical uncertainty rather than predictable probability. always raise the responsibility question as a burning issue. But rather than being answered tends instead to be systematically blocked out.   “The same instruments that were developed during first modernity to assign responsibility and accountability and costs, and which performed these tasks so successfully, lead under conditions of globalised risks to exactly the opposite result, to a kind of organised irresponsibility.”