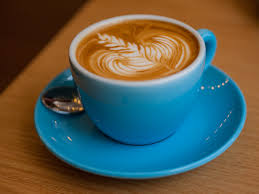 A Wrinkle in the Fusion Hypothesis

The Fusion hypothesis is a natural development of Steve Jobs’s description of Apple’s ethos as being the marriage of technology to the liberal arts. But in recent research carried out in Brighton’s creative hub we see this concept adapted to the routinised ‘creativity lite’ of the new creative ecologies that are substituting hipsterism for the lost land of Bohemia.

University of Sussex, NESTA and Wired Brighton have recently completed a two year research project on the local digital creative industries funded by the Arts and Humanities Research Council. Its called Brighton Fuse.

Actually it took more than three years.
Although originally scheduled as a two year project but it has only just been completed
as the first report omitted anything on the vital free-lance economy. With the publication
of the second report this omission has been remedied and we now have a detailed,
conscientious and very useful portrait of an media arts ecology outside of London with a
sample broad enough to provide a new basis for argument that is less speculative than
usual.

Alongside the facts and figures Brighton Fuse (as the name suggests) utilised a useful
conceptual tool the ‘fusion hypothesis’.
Fused & Superfused

At its simplest Brighton Fuse research demonstrated with facts on the ground
that some of claims and hype is real. That creative, digital and IT companies are the
fastest growing sector in the local economy and is driving the wider economy.

But more interestingly the report identified the fact that growth was not evenly
distributed even in the sector under consideration and that that within the cdit cluster
there are three distinct sub-groups that when combined constituted what this sector as a
whole.

To begin with there are the specialists, who are classified in this model as ‘unfused’,
followed by the ‘fused’ companies that combine technology with creative design
and finally there are the ‘superfused’ companies who are self-identified so strongly with
this constellation that the principle of ‘fusion’ was not simply present but lies at the
very heart of their offer.

For the sake of clarity “the notion of fusion is more specific than mere
interdisciplinarity. It is a very specific form of collaboration that combines art,
technology and communications/marketing with particular emphasis on social media and
developing simultaneous real-time relationships
between these platforms”. A further finding indicated that although the technological
component was central, a significant percentage (more than a third) of these superfused
companies are led by former arts and humanities graduates.

According to the researchers the superfused companies found additional time to spend on
a range of diverse activities, such as coding, design and management in addition to
engaging in creative and digital communities more than the fused and unfused.
Importantly there was a very high correlation between growth with superfused growing
at three times the rate as the unfused.

This model raises some interesting questions when it came to the second and more
surprising report focusing on free-lancers and contrasting the way the fusion worked for
them.

In fact there was an interesting anomaly that illuminates some obstacles to
collaboration and what has been called the ‘sharing economy’ in the creative
industries and beyond.

This anomaly arrises when it came to comparing the growth ratios claimed for
individual superfused free-lancers with the performance of equivalent companies.

Would freelancers making the journey from unfused to superfused exhibit a comparable
degree of growth as that exhibited by the companies? The answer was surprising. Although
there was some correlation there were also important divergences. The first step mirrors
the growth rates of the company. The fused freelancer enjoys much higher levels of growth
than the unfused (10.5% higher) but there is a sudden trailing off when the individual
takes the next step. The superfused free-lancers exhibit only modest uptick in growth
(4.8%). But in contrast the superfused company continues their exponential rise. It
seems that there is a barrier to growth when individual free-lancers reach advanced
levels of interdisciplinary combinations and skills.

This conclusion leads to an interesting question and its precisely the opposite of the
more obvious question of ‘why do firms need fusion?’. Instead we have the more surprising
and generative inversion in which we ask ‘why does fusion need firms?’

The researchers observed that away from the coordination of projects in firms (and other
collectives) practitioners would retreat into distinctive communities and in the bars and
other hang outs in which these communities gather and feel at home, it’s a kind of
unconscious cultural sundown segregation. “Given the tendency to socialize with ones own
community it seemed that fusion did not happen automatically and that people needed some
management or coordination to facilitate it”

For those interested my analysis of the 2013 report is here: